Why the Housing Downturn is Nothing Like the Last One

The housing market has cooled off a bit after an incredibly hot stretch fueled by the pandemic. That doesn't mean it's about to be 2007 all over again.
America's housing market is in far better health today. That's thanks, in part, to new lending regulations that resulted from that meltdown. There aren't as many risky loans or mortgage delinquencies, although high home prices are forcing many people out of the market.
As quickly as mortgage rates are rising, the once red-hot housing market is cooling off. Home prices are still historically high, but there is concern now that they will ease up as well.
All of this has people asking: Is today's housing market in the same predicament that it was over a decade ago, when the 2007-08 crash caused the Great Recession?
The short answer is: no. America's housing market is in far better health today. That's thanks, in part, to new lending regulations that resulted from that meltdown. Those rules put today's borrowers on far firmer footing.
For the 53.5 million first lien home mortgages in America today, the average borrower FICO credit score is a record high 751. It was 699 in 2010, two years after the financial sector's meltdown. Lenders have been much more strict about lending, much of that reflected in credit quality.
Home prices have soared, as well, due to pandemic-fueled demand over the past two years. That gives today's homeowners record amounts of home equity. So-called tappable equity, which is the amount of cash a borrower can take out of their home while still leaving 20% equity on paper, hit a record high of $11 trillion collectively this year, according to Black Knight, a mortgage technology and data provider. That's a 34% increase from a year ago.
At the same time, leverage, which is how much debt the homeowner has against the home's value, has fallen dramatically.
Total mortgage debt in the United States is now less than 43% of current home values, the lowest on record. Negative equity, which is when a borrower owes more on the loan than the home is worth, is virtually nonexistent. Compare that to the more than 1 in 4 borrowers who were under water in 2011. Just 2.5% of borrowers have less than 10% equity in their homes. All of this provides a huge cushion should home prices actually fall.
Not as many risky loans.
There are currently 2.5 million adjustable-rate mortgages, or ARMs, outstanding today, or about 8% of active mortgages. That is the lowest volume on record. ARMs can be fixed, usually for terms of five, seven or 10 years.
In 2007, just before the housing market crash, there were 13.1 million ARMs, representing 36% of all mortgages. Back then, the underwriting on those types of loans was sketchy, to say the least, but new regulations following the housing crash changed the rules.
ARMs today are not only underwritten to their fully indexed interest rate, but more than 80% of today's ARM originations also operate under a fixed rate for the first seven to 10 years.
Today, 1.4 million ARMs are currently facing higher rate resets, so given higher rates, those borrowers will have to make higher monthly payments. That is unquestionably a risk. But, in 2007, about 10 million ARMs were facing higher resets.
Mortgage delinquencies are low.
Mortgage delinquencies are now at a record low, with just under 3% of mortgages past due. Even with the sharp jump in delinquencies during the first year of the pandemic, there are fewer past-due mortgages than there were before the pandemic. Pandemic-related mortgage forbearance programs helped millions of borrowers recover, but there are still 645,000 borrowers in those programs.

"The mortgage market is on very historically strong footing," said Andy Walden, vice president of enterprise research at Black Knight. "Even the millions of homeowners who availed themselves of forbearance during the pandemic have by and large been performing well since leaving their plans."
There are, however, about 300,000 borrowers who have exhausted pandemic-related forbearance programs and are still delinquent. In addition, while mortgage delinquencies are still historically low, they have been trending higher lately, especially for more recent loan originations.
"We'll want to keep an eye on this population moving forward," Walden said.
Mortgage credit availability is well below where it was just before the pandemic, according to the Mortgage Bankers Association, suggesting still-tight standards. But lenders have lost about half their business since rates began rising, and that could mean they become more aggressive in lending to less credit-worthy borrowers.
The biggest problem in the housing market now is home affordability, which is at a record low in at least 44 major markets, according to Black Knight. While inventory is starting to rise, it is still about half of pre-pandemic levels.
"Rising inventory will eventually cool home price growth, but the double-digit pace has shown remarkable sticking power so far," said Danielle Hale, chief economist at Realtor.com. "As higher housing costs begin to max out some buyers' budgets, those who remain in the market can look forward to relatively less competitive conditions later in the year." 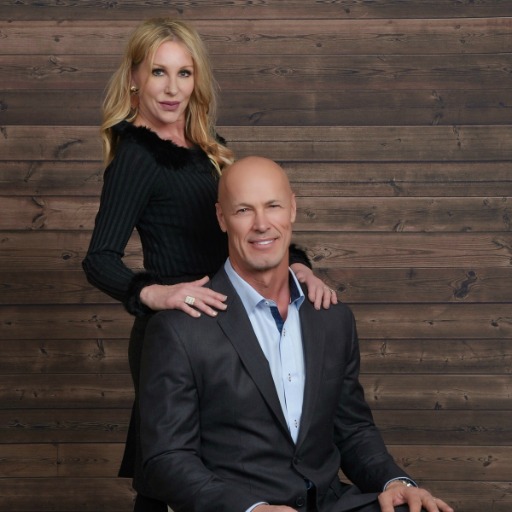 Jennifer and Michael are the Broker/Owners of Haute properties NV a boutique real estate company specializing in representing buyers and sellers with residential real estate, including lots & land....

Why the Housing Downturn is Nothing Like the Last One

The housing market has cooled off a bit after an incredibly hot stretch fueled by the pandemic. That doesn't mean it's about to be 2007 all over again.America's housing market is in far better

Should I Rush To Buy a Home Now, Before Prices Get Totally Out of Reach?

On one hand, it is certainly becoming even more expensive to buy a home. Prices hit another all-time high in March and mortgage rates have risen sharply this year, making the already

Where Are Home Prices Headed in Late 2021?

One of the biggest stories of the COVID-19 pandemic in the US has been its impact on residential real estate markets of all shapes and sizes. From in-town neighborhoods to outer suburban enclaves,

Should You Sell Your House? 6 Signs It Might Be Time to Move On

Read on for some telltale signs it’s time to start looking for the next home and packing your bags (and when you should settle in for the long haul).1. You know the seller’s market is

By registering, you agree to our terms of use and that real estate professionals from Haute Properties NV and lenders may call/text you about your inquiry, which may involve use of automated means and prerecorded/artificial voices. Message frequency varies. Text HELP for help or STOP to cancel. You don't need to consent as a condition of buying any property, goods or services. Messages/data rates may apply. Additional information about data use is in our privacy policy.